4 Tips for IoT Development to Help Elevate Your Distribution Business 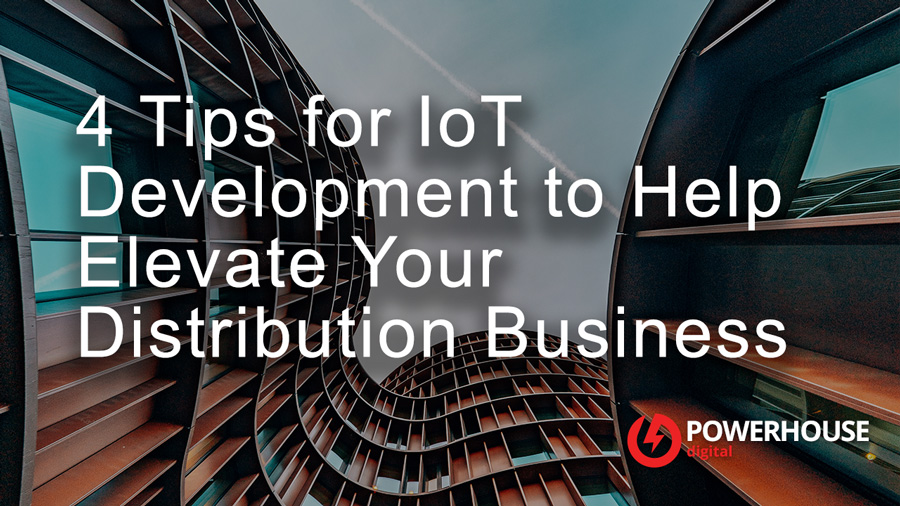 The concept of IoT – or the ‘Internet of Things’ – within the distribution sector is certainly exciting. But while some distributors have already introduced smart sensors into their vehicle fleet and across their warehouses, IoT has largely been viewed as something of a futuristic notion. Until now, that is.

As IoT technologies mature and become increasingly accessible, new opportunities for development are arising. However, less than one-third of businesses are continuing to develop their IoT systems beyond the pilot stage. It’s clear that more needs to be done in the initial planning stages to ensure that distributors are creating viable ideas that could help them to take their business to the next level.

Below are 4 vital tips for developing successful IoT applications within the distribution industry.

1. Know what you want

IoT is a hugely exciting area, and the potential applications of this level of connectivity in distribution are essentially unlimited. However, because of these possibilities, it’s tempting to focus on what can be done, rather than what should be done. Sure, going above and beyond and pushing your limits is a thrill. But the best IoT development aims to solve a problem. And that should always be your first step towards achieving great results: identifying a problem, and using IoT to develop an effective solution that brings value to your business. As McKinsey research notes, “A common mistake leaders make is to focus on new technologies in isolation, without thinking about the business value technologies can generate.”

The Internet of Things is just that; it’s about ‘things’. Multiple things. It involves different technologies – from different areas of the business – communicating with each other to share information. And so it seems clear that the best way to develop new IoT applications is to involve multiple stakeholders from the departments that will be collecting data and implementing change. It’s important to break down silos. Ask for input from your business’ automation experts, IT team, manufacturers, and leaders. And, of course, the employees who will be expected to benefit from the application. It’s also important to include one extra form of support – AI – which can act alongside data engineers to analyse and predict patterns.

IoT isn’t just a concept; it requires both hardware and software to facilitate operation. You’ll need to select data-gathering sensors and connectivity devices, along with the cloud-based platforms that will store the data for you. If you were looking to develop preventative maintenance applications, for example, you might consider visual devices such as cameras. Or if you wanted to minimise cooling costs, smart thermostats should be high on your list. There’s no definitive rule regarding what’s needed. As a general rule of thumb though, the more complex the problem you’re trying to solve, the more data you’ll need, and the more sensors you’ll require. Getting it right first time can help lower future outgoings.

According to a US report last year, over 50% of all IoT applications feature weaknesses that leave them open to medium to high-level security attacks. IoT opportunities in distribution are becoming increasingly accessible. However, it’s important to remember that this is still an emerging area that lacks the established security protocols of more mature technologies. With the potential for anything from simple DDoS attacks to large-scale breaches, it’s vital that any application is developed with safety, security, and confidentiality in mind. Aspects to think about include endpoint security, communication protocols, access control, encryption, and expert fraud, software, hardware, and documentation management.

Recent surveys suggest that around 47% of organisations are planning to increase their IoT investments in the near future. And so, right now, it’s absolutely critical that distributors are developing and implementing IoT applications in the best way possible to generate an attractive return on investment.

Gen8-IoT™ from Powerhouse Digital, is a groundbreaking industrial door management software solution. It increases the productivity of your operation, improving accuracy and cutting costs.

Get in touch to book your Consultation Call