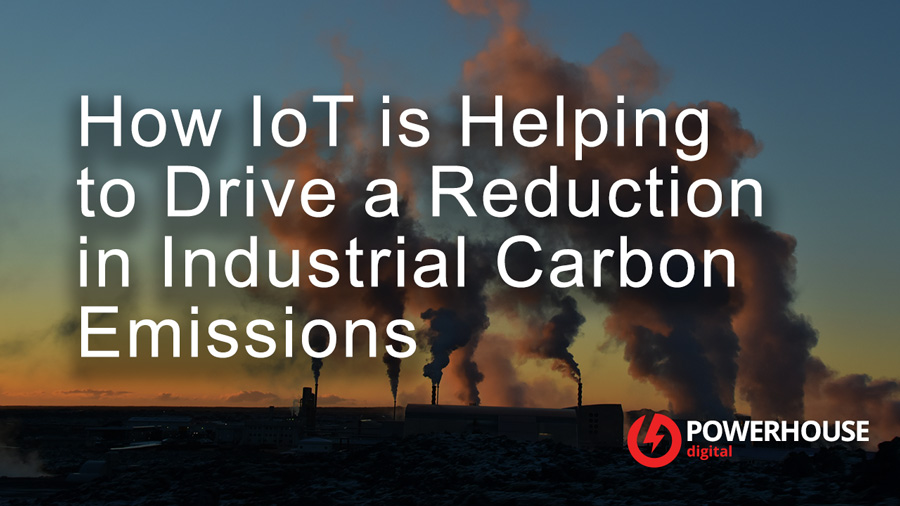 The manufacturing industry has certainly made big strides towards reducing its industrial carbon emissions over the past 30 years or so. In fact, between 1990 and 2019, greenhouse gas emissions across the UK manufacturing sector dropped by an impressive 40%, suggesting promising change for the future.

Despite this, UK manufacturing is still one of the biggest contributors to greenhouse gas emissions. It’s listed as a sector with one of the largest carbon footprints. The worrying truth is that manufacturing continues to be an area of grave concern when it comes to fighting climate change. And sadly, the incredible progress that’s already been made in the sector appears to be slowing down significantly.

An important question to be asking right now is why this progress is starting to slow down. Why are we hitting a plateau? One possible answer is that we’re failing to look at things in the right way.

What many people don’t realise is that manufacturing itself isn’t the main culprit. Instead, the more urgent issue that we should be trying to fight is carbon emissions stemming from associated operations.

In manufacturing, there are two primary sources of industrial carbon emissions:

What’s interesting is that direct industrial processes account for just 5.2% of all greenhouse gas emissions. In contrast, indirect emissions – such as electricity consumption in commercial buildings, the road transport of goods, and industrial energy usage – account for 6.6%, 11.9%, and 24.2% respectively.

This means that we may be looking at reducing carbon emissions in manufacturing in the wrong way. We often consider ways to make manufacturing itself more environmentally friendly, when really we should be focusing on becoming more efficient and optimising processes to tackle the real problems. And those are the indirect elements that are contributing significantly to manufacturing’s concerning carbon footprint.

When we approach this issue from a different perspective, it’s easy to see how manufacturing industry doesn’t particularly need new machinery or infrastructure, especially as the manufacture of new machinery will produce its own greenhouse gas emissions. Instead, what today’s manufacturing industry needs are the tools to optimise what it already has; to streamline processes, to work more efficiently. And those are the benefits that early applications of IoT in industry are demonstrating.

IoT, or the Internet of Things, is a technology that enables connectivity between numerous different devices. It allows data to be collected, shared, and analysed using sensors to provide more in-depth insights into performance, usage, and trends. A global study by Gartner suggests that nearly half of all organisations will increase investments in IoT by 2023. Investments are expected to be biggest in manufacturing. Reports show that UK manufacturers are pioneers in IoT adoption, using sensors not only to make data-driven decisions for the business, but also to boost environmental responsibility. 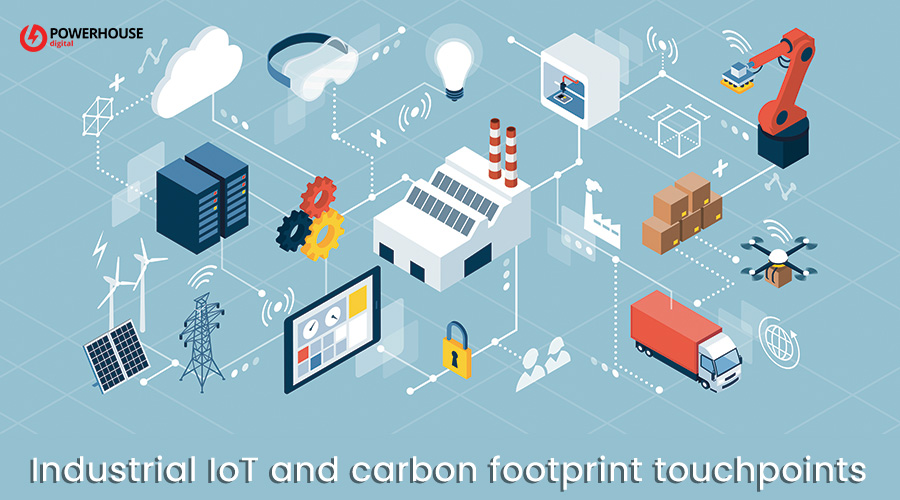 IoT may still be in its early stages. However, the technology is already helping to drive a reduction in industrial carbon emissions across the manufacturing sector in a number of exciting ways, including the following.

Sensors incorporated into manufacturing machinery allow for improved usage monitoring that provides real-time, accurate insight into energy consumption. Researchers have developed a Real-Time Energy Efficiency Optimisation Method (REEOM), specifically for industries such as manufacturing that are known for their high energy usage. The method gathers essential data and uses an algorithm to allow manufacturers to develop schedules – or adapt existing ones – for improved energy efficiency.

IoT sensors are being used to help manufacturers make rapid decisions through the provision of real-time data. This helps to optimise production processes and eradicate unnecessary interruptions that can increase energy consumption. Examples include automatic ordering of critical components, the ability to anticipate problems before they occur, and maximum machinery uptime. Reports show that better machine optimisation can boost productivity by up to 25%, doing more with less to reduce emissions.

In 2019, 43.9 million tonnes of industrial waste was created by UK businesses. And with waste being the fourth biggest contributor to greenhouse gas emissions, it’s clear that this is an area where we should be looking to IoT for solutions. Machinery sensors are able to help manufacturers better identify errors, weaknesses, or vulnerabilities in the production process that may be generating unnecessary waste. Data-driven processes that minimise production waste are key to reducing industrial carbon emissions.

For manufacturers working in temperature-controlled environments, heating and cooling can be some of the biggest drivers of carbon emissions. But IoT can help. Take cooling, for example. It’s estimated that switching to climate-friendly cooling systems could save 460 billion tonnes of greenhouse gas emissions in just 40 years. ‘Climate-friendly cooling’ means not just the use of eco coolants, but also improved temperature control and maintenance through IoT, such as automated loading door installations.

As the United Nations Association UK notes, “It is relatively straightforward for a company to cut its own emissions. But to achieve the 1.5°C target, firms will have to look at their whole value chain.” This means manufacturers should be looking at the entire supply chain. Some are already using IoT technologies for exactly this purpose. Sensors on the vehicles needed to transport products and components throughout the supply chain can help with intelligent route planning, reducing transport-related carbon emissions.

So the big question to ask here is whether it’s working. And the good news is that the answer appears to be yes. The impact that IoT – and other new technologies such as 5G – are already making suggest that these solutions could help to reduce carbon emissions in the UK by 17.4 million tonnes per year. Manufacturing industry alone is expected to account for 3.3 million tonnes of that figure. This would be the rough equivalent of manufacturing around 600,000 fewer cars in the United Kingdom every year.

The importance of reducing your carbon footprint

Once upon a time, operating in an environmentally friendly way was simply a ‘nice to have’. Today, it’s become a strategic necessity. Whether manufacturing for the B2B landscape or directly for end consumers, the fact is that customer expectation is changing. Both B2B and B2C buyers are actively looking to partner with manufacturers who are doing their bit for the planet – and can prove it.

Even the Environmental Protection Agency over in the US says that reducing carbon emissions is essential for reaching new customers and increasing competitive advantage. But buyers don’t just want to hear about a business’ eco-friendly changes. They want to see these changes. And that’s where IoT has the edge over other solutions. More data = more transparency. With sensors that are continually collecting and analysing data, businesses can demonstrate their commitment to their customers.

On a final note, let’s briefly touch upon the elephant in the room: the fact that the development of IoT technology, for the most part, is far from being carbon neutral. So is it as big a problem as it sounds? Absolutely not! Initial expectations are that, over the next decade, IoT technology will end up saving eight times more energy than it uses, making it the most responsible solution to the emissions crisis.

Gen8-IoT™ from Powerhouse Digital, is a groundbreaking industrial door management software solution. It increases the productivity of your operation, improving accuracy and cutting costs.

Get in touch to book your Consultation Call